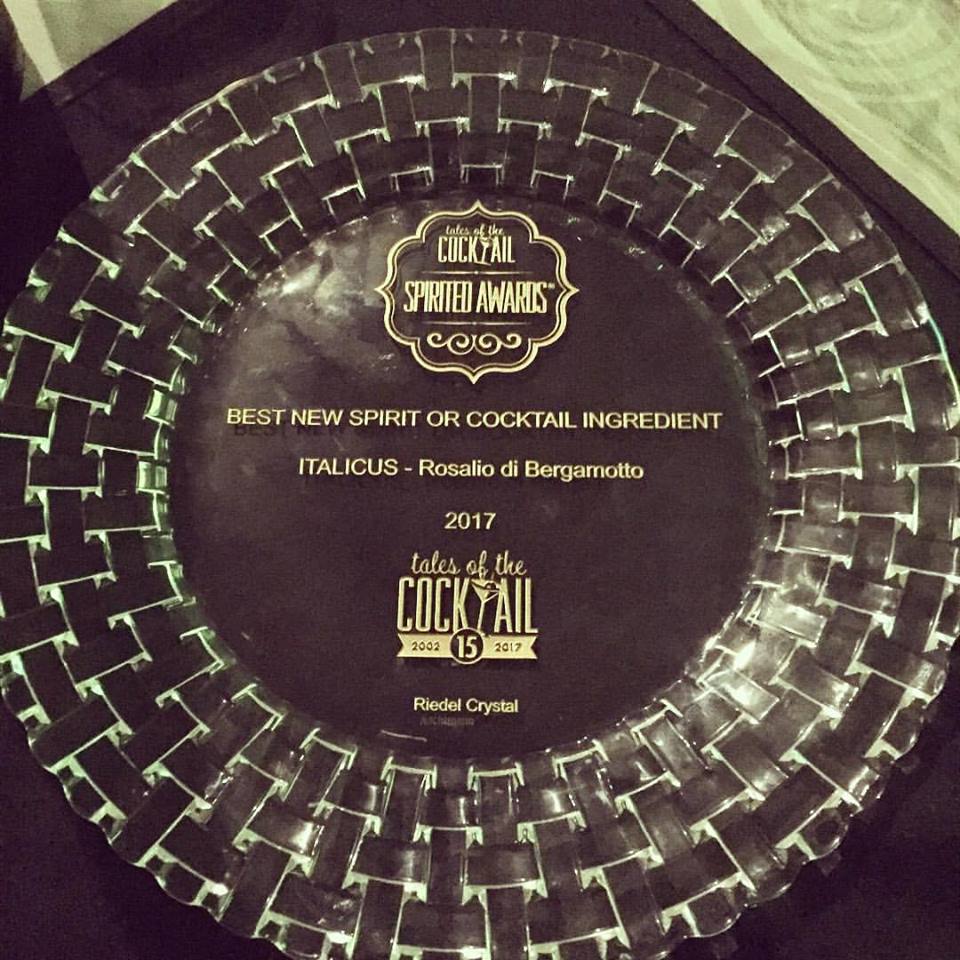 ITALICUS Rosolio di Bergamotto, created by leading drinks industry expert Giuseppe Gallo, has won the award for Best New Spirit at the prestigious Tales of the Cocktail Spirited Awards 2017. A beautiful Italian liqueur which rediscovers the forgotten rosolio category, ITALICUS Rosolio di Bergamotto was voted for by two panels of over 100 of the most respected individuals in the spirits and cocktail industries. The Spirited Awards which are now in their 11th year and are considered the ‘Oscars’ of the bar world, took place at the Sheraton Hotel in New Orleans where Giuseppe was present to accept the highly-regarded accolade. 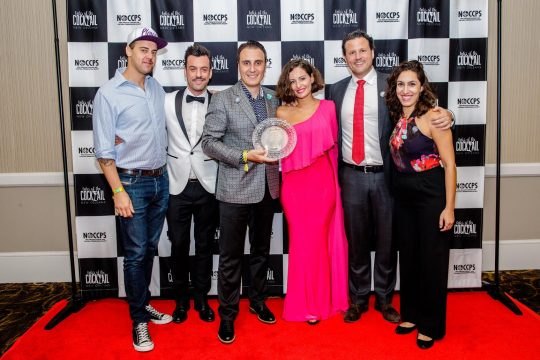 Launched in September 2016, ITALICUS Rosolio di Bergamotto has since been embraced by leading bars and bartenders across the world, including, The American Bar at The Savoy and Dandelyan in London, The Clumsies in Athens, PDT in New York and Quinary in Hong Kong.

ITALICUS Rosolio di Bergamotto is produced at a family-owned distillery established in 1906 in Moncalieri, Torino. Championing the humble bergamot fruit, a citrus from the Italian region of Calabria, it creates a light citrus scent with hints of rose and lavender. On the palate ITALICUS Rosolio di Bergamotto tastes of ripe citrus which is balanced by a light bitter and floral spice, making it perfect for mixing in cocktails and aperitivo style drinks.

On winning the award, Giuseppe comments, “This a huge honour and privilege and I am incredibly humbled. As an independent brand with a small but dedicated team, we couldn’t ask for a higher acknowledgment of our work, especially when voted for by so many who we respect and admire in the industry. This is just the start of our journey as we continue to expand and grow.” 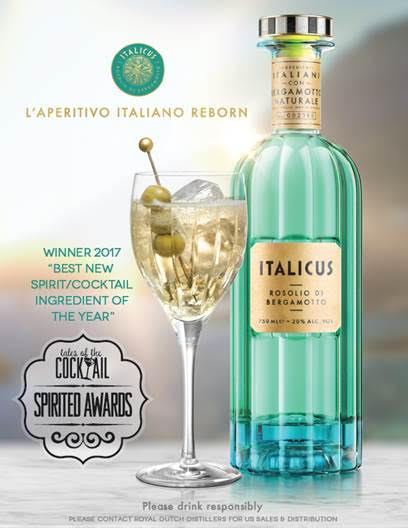 Rosolio was enjoyed in Italy up until the invention of vermouth in the early 19th Century. Falling out of fashion, the tradition remained alive through local family recipes which were passed down, and varied from region to region. Inspired by making Rosolio with his own family when growing up on the Amalfi Coast, Giuseppe wanted to create something that honoured the culture and traditions of the great Italian aperitivo. Therefore ITALICUS Rosolio di Bergamotto is made from 100% Italian ingredients from the North to the South of Italy.

Since being founded in 2007, the Spirited Awards have grown to become one of the prestigious and sought-after awards in the industry. Recognizing writers and brand ambassadors alongside bartenders and bars, the Awards showcase the talent found throughout every aspect of the spirits and cocktail world. “The Spirited Awards get more and more competitive because our industry keeps raising its game every single year,” said Ann and Paul Tuennerman, Co-Founders of Tales of the Cocktail®. “Congrats to this year’s winners on monumental accomplishment.”